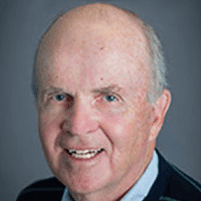 Lawrence Kelly, M.D., F.A.A.P., is a board-certified pediatrician who brings a wealth of experience and knowledge to the team at Virginia Pediatric Group. He provides the highest quality of pediatric care to children in Herndon, Virginia.

Dr. Kelly held a leadership role in the Mid-Atlantic Permanente Medical Group from 1980 until 2001, serving on the Permanente Board and as Area Medical Director for Northern Virginia. He completed the Stanford University Executive Program from 1982 to 1983 and joined Virginia Pediatric Group in 2007.

Initially board certified by the American Board of Pediatrics in 1973, Dr. Kelly has voluntarily recertified on two occasions, most recently in 2015. He has served on the Fairfax County Community Action Advisory Board (CAAB) for six years and as an active member of the Medical Care for Children Advisory Board for over 25 years.

Dr. Kelly and his wife have raised four children in Fairfax County and now have thirteen grandchildren in the greater D.C. area. In his free time, he enjoys playing golf and poker.