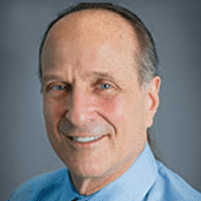 Russell Libby, M.D., F.A.A.P., is the founder of Virginia Pediatric Group and has acted as the practice president since its inception in 1982. “It is a privilege to be a pediatrician, and I take great pride in helping children and their families grow and thrive from infancy to young adulthood.” Virginia Pediatric Group has convenient locations in Fairfax, Herndon, and Great Falls, Virginia.

Dr. Libby was born and raised in the Washington, D.C., area. He received his Bachelor of Science in zoology and his Doctor of Medicine at George Washington University. He completed his pediatrics residency at Georgetown University Hospital in 1982 and is certified by the American Board of Pediatrics. He was also certified as a home care medical director by the American Academy of Home Care Physicians in 1998.

Dr. Libby has been committed to helping doctors work together to provide high-quality and cost-effective care.  He is a founding director and past president of HealthConnect IPA, a primary care Independent Practice Association. He has been Chief of the General Pediatrics section at Inova Children’s Hospital since 2000 and a member of the hospital leadership committee.

Dr. Libby has been named best pediatrician in the Washington area by Families Magazine for more than 20 years and is consistently listed among Washingtonian’s and Northern Virginia Magazine’s top doctors. He spent many years hosting educational television shows on medicine and health care, including “Dr. Libby’s World of Medicine,” and was the host of the weekly ABC radio show “To Your Health.” He was the lead editor and contributing author of Guidelines for Pediatric Home Health Care, published by the American Academy of Pediatrics.

He has authored numerous articles, chapters for books, opinion pieces for national media, and major policy statements for both the Medical Society of Virginia and the American Academy of Pediatrics. He has been President of the Medical Society of Northern Virginia and was President of the Medical Society of Virginia from 2012-2013. Dr. Libby is a delegate at the American Medical Association, representing the Integrated Physician Practice Section, and is a Board member of the Physicians Foundation, where he has led initiatives on physician wellness, telehealth, and addressing social determinants of health. He is on the Editorial Advisory Board and an author for the prestigious pediatric journal, Contemporary Pediatrics.

Dr. Libby has three grown children and resides in Northern Virginia with his wonderful wife. In his free time, he enjoys skiing, cycling, playing guitar, and creating stained glass art.