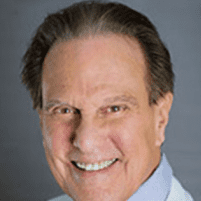 Samuel Weinstein, M.D., F.A.A.P., is a dedicated pediatrician with over four decades of experience. He is honored that many of the parents in Virginia Pediatric Group were originally his patients. Dr. Weinstein provides care to children throughout Fairfax and Herndon, Virginia.

In 1972, Dr. Weinstein completed his residency in pediatrics and child psychiatry at Presbyterian Hospital in New York. Soon thereafter, he began his own private practice in Northern California in 1973. He was board-certified by the American Board of Pediatrics at that time and re-certified in 2010.

Dr. Weinstein moved to the greater Washington, D.C., region in 1986 and has been practicing at Virginia Pediatric Group since 1987. In addition, he has been an Assistant Professor in Ambulatory Pediatrics at Georgetown School of Medicine, having taught medical students for over twenty-five years. He is a member of the Fairfax County Medical Society.

At Virginia Pediatric Group, Dr. Weinstein’s special interests include nutrition, childhood asthma and allergies, and providing thoughtful anticipatory guidance to parents to help them raise their children to be healthy and happy. Practicing pediatrics is something from which he never tires and to which he looks forward to continuing for many years to come. He speaks some Medical French and Spanish.

Dr. Weinstein feels there is always something new in pediatric practice every day and cannot imagine any other career. His greatest joy is in loving and caring for children and their parents and rejoicing when they return to his practice with children of their own.

In his free time, he enjoys singing in choir, volunteering with senior citizens, and spending time with his family. He resides in Chevy Chase, Maryland, with his wife and takes pride in his two grown children and five grandchildren.